Panel Proposal for The 3rd AAWH Congress in Singapore, May 2015

Title of Panel: The Ancient Studies in Vietnam ~ The Late Professor Nishimura’s Area studies from the view of integration of Archaeology and History~

Description:
This panel aims at studying the ancient history of Vietnam by inviting both archaeologists and historians to cooperate in search for a more nuance understanding of the ancient history of Vietnam. Experts in several correlated fields (such as ceramics, citadels, Buddhism, Vietnamese traditional villages, Champa studies) will discuss several prominent issues in the history of Vietnam in a broader context of global history.
The late Professor Nishimura Masanari was widely recognized as an archaeologists whose works focus on the ancient history of Vietnam by synthesizing various correlated fields including history, anthropology, geography, topography, chemistry and so on. Professor Nishimura, however, unexpectedly passed away last year after a traffic accident while carrying out his project in Bac Ninh province, north Vietnam. This panel, therefore, is organized to commemorate the works of the late professor Nishimura in which his Japanese and Vietnamese colleagues and friends will highlight the main works had been done by him in last two decades before his sudden departure and the future collaborations to continue his unfinished projects. Papers in this panel will focus on four major topics those closely associated with the late Professor Nishimura, including: The Lung Khe citadel in North Vietnam, the Champa citadels in central Vietnam, the Vietnam traditional villages and the newly founded 9th century shipwreck in central Vietnam.

3 Trading Ceramics and the Social Changes in the Red River Delta from the sixteenth to eighteenth centuries: A Case Study of Bát Tràng Village
Ueda Shinya and Nishino Noriko 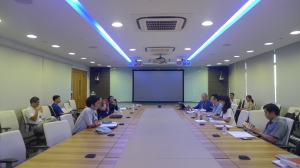 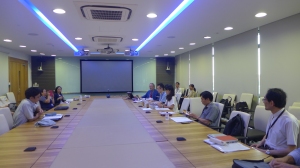 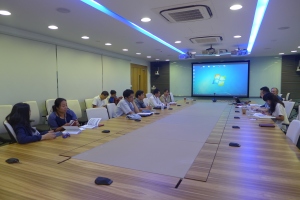