This is the first international loan exhibition to explore the sculptural art produced in the earliest kingdoms of Southeast Asia. From the first millennium onward, powerful kingdoms emerged in the region, embracing much of Indic culture to give political and religious expression to their identities. Early Hinduism (Brahmanism) and Buddhism arrived early, first witnessed by Sanskrit inscriptions, and shortly thereafter by a proliferation of large-scale religious imagery.

Some 160 sculptures are featured in the exhibition, principally associated with the identifiable cultures of Pyu, Funan, Zhenla, Champa, Dvāravatī, Kedah, and Śrīvijaya. These are the “lost kingdoms,” whose identities and sometimes very existence only emerged from the historical shadows in the twentieth century, as a result of pioneering epigraphic and archaeological research, much of it recent. The artistic achievements and cultural parameters of these early kingdoms bring new understanding to the beginning of state formation in Southeast Asia and broadly define the modern political map of the region today. The surviving corpus of early religious art from these kingdoms is our principal window onto these cultures.

Many of the exhibits are monumental, and a significant number are designated as national treasures. The National Museums of Cambodia, Vietnam, Thailand, Malaysia, Singapore, and Myanmar, as well as the Musée Guimet, Paris, and major museums in the United States are all lenders. Many of the works have never traveled outside their source countries before. Myanmar is making its first ever international loans to this exhibition.

The majority of the works are in stone, with others in bronze, gold, silver, terracotta, and stucco. Among the masterpieces in the exhibition, highlights include a sixth-century CambodianBuddha Offering Protection; a spectacular Krishna Holding Mt. Govardhana from the hill shrine of Phnom Da, in southern Cambodia; a late seventh-century Avalokitesivara discovered in the Mekong delta of Vietnam in the 1920s, arguably the most beautiful image of the Buddhist embodiment of compassion in Southeast Asia; an Uma of startling naturalism that likely embodies a portrait of a deceased Khmer queen of the first half of the seventh century; an ascetic Ganesha from the eighth-century religious sanctuary of My Son in central Vietnam; and a Dvaravati kingdom terracotta sculpture Head of Meditating Buddha, a sublime representation of Buddhist meditation from the seventh century. 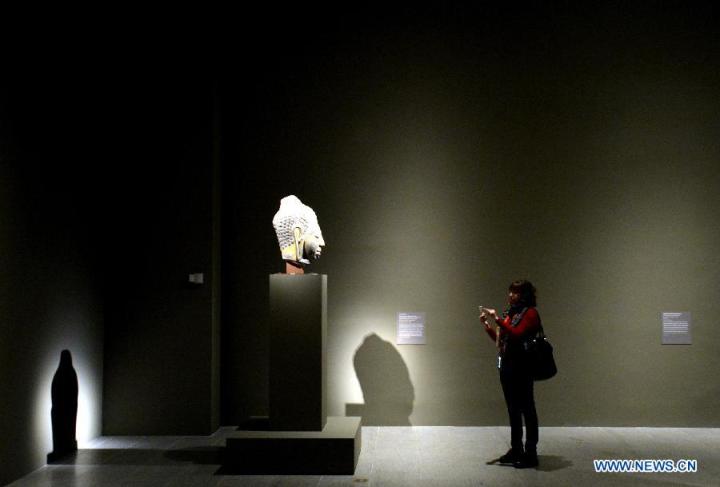